It’s hard to believe that it’s already the end of April and that Easter has come and gone. What’s really hard to believe is that in less than a week my boy is going to be… THREE! Yikes!

Anyhow, Easter. Easter weekend was nice and relaxing for the most part.  I have been trying to get over a nasty cold and sinus infection so I’ve been pretty drained.  But luckily by the weekend I was on the mend. We had two family gatherings to attend, one being at our house on Easter Sunday.

On Easter morning we were able to wake up and just do our normal routine in our upper TV room which was really nice. It allowed Matt and I to get our much needed coffee and Alex could wake up and enjoy his Max and Ruby. After we took him downstairs and reminded him about the Easter Bunny coming! He was quite excited. He checked out his Easter basket full of goodies and had a few pieces of his hockey playing easter bunny and then went on his egg hunt.  The bunny had hid treats in those plastic egg shells to prevent Mason from  devouring all the goodies before everyone woke up. Smart bunny. 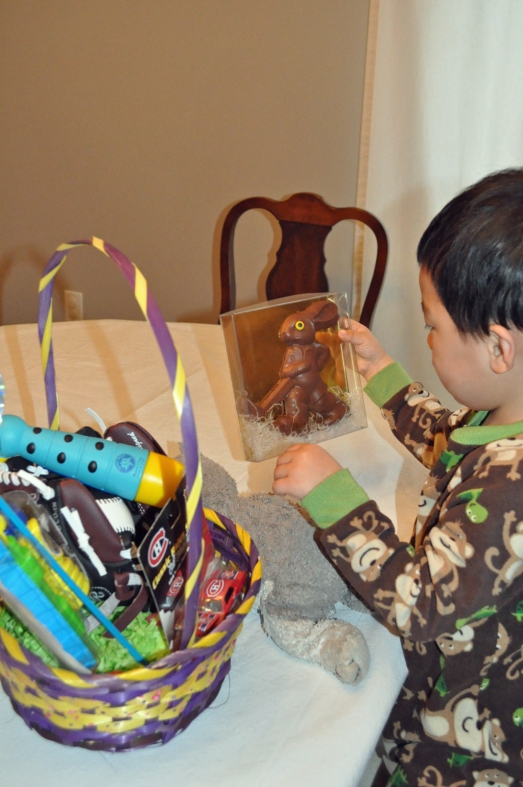 Alex had a very good eye at finding the eggs – although there were one or two he missed, but found later in the day. 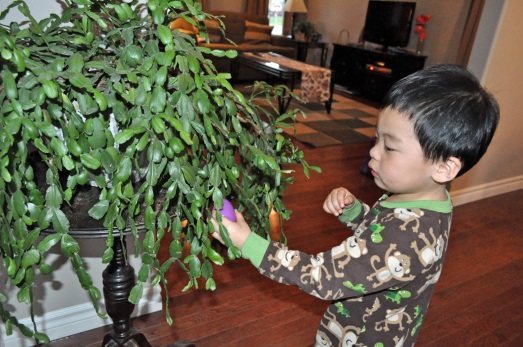 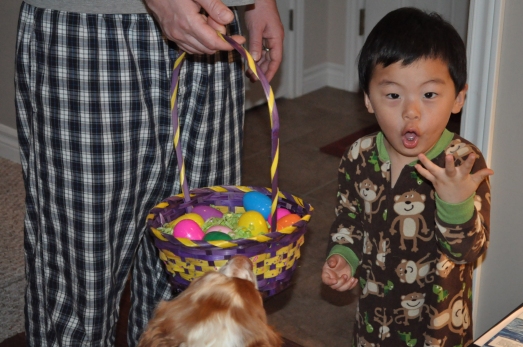 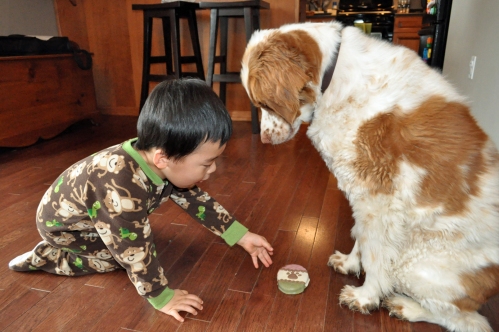 After we got cleaned up and since it was actually nice outside we did a little yard cleanup and play. Alex received a baseball ball and glove for Easter, so we practiced his skills for a while. This boy has a mean throw! 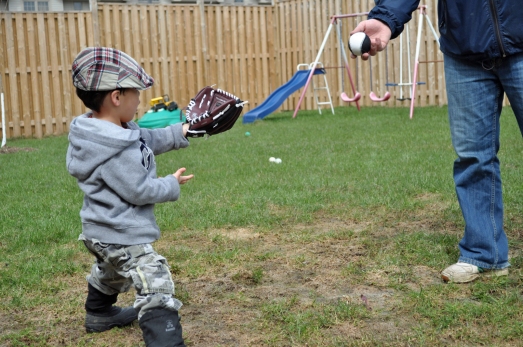 Later in the afternoon, my brother, his girlfriend Paula and my mom came over for dinner.  We again were lucky enough to hang outside again in the SUN! The sun has not been making very many appearances around here lately so this was huge.

All in all it was a good day. Only a few melt downs due to chocolate (and a few since too… Sigh… ) 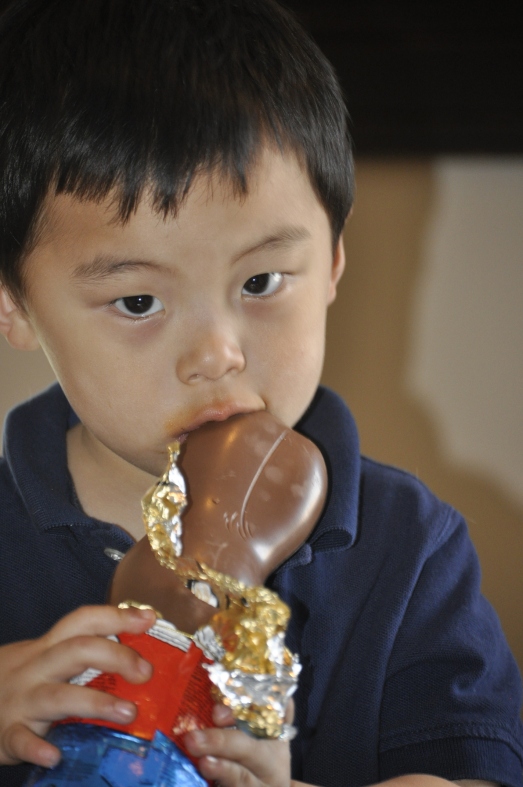