in announcing the winner of last week’s contest.  As you know both Alex and I were sick, but we are feeling 110% better now.  So I decided tonight we will do the draw.  I had a bowl out, and everyone’s name in the bowl.  Alex sat on my lap and Matt filmed the big reveal… and the video camera battery ran out.   But we did get a winner picked:

Sara Ropp!  Sara is a friend of mine from highschool… hence her question about my most memorable highschool moment.  So congrats Sara!  I will be in touch about a prize.

After the video camera fiasco, I tried to have Matt take some pics of Alex picking Sara’s name from the bowl again… but it didn’t work out that way. 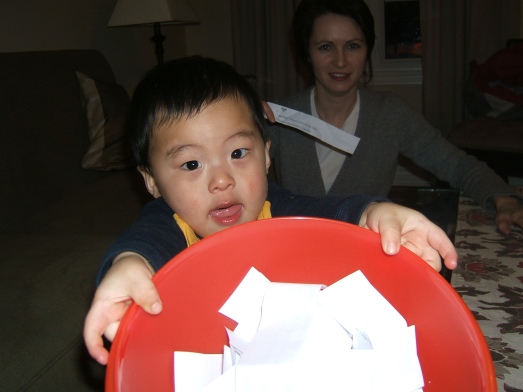 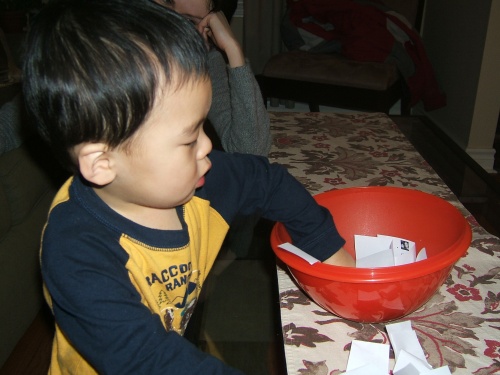 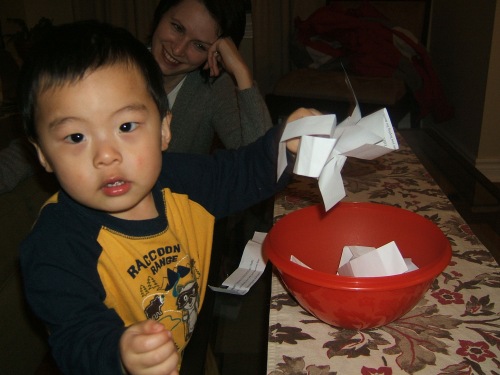 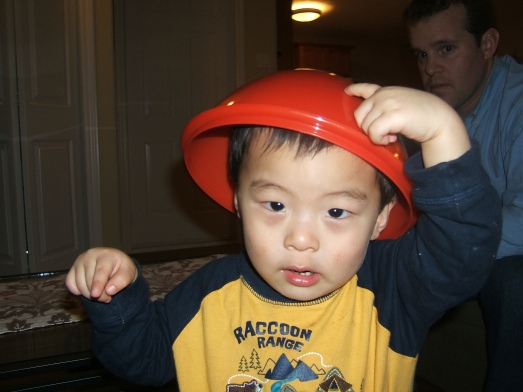