My true love gave to me… a Christmas Cactus!

I love Christmas Cactuses.  They are so pretty and unique – and the flowers come in such an array of colours.

I received my first from my friend Stephanie back in 2002 for my birthday – and still have it (to her amazement).   I have a few others as well.  One was a grocery store bargain cart find ($.99!!), another was a cut from my grandmothers, and yet another is Matt’s Grandmothers.  The one from Matt’s Grandmother’s was actually her mother-in-laws – so I’m not sure it’s exact age- but I’m guessing it is (at least) 70 years old!  And that thing has bloomed every single year – until it came to our house.   Matt’s Grandma was going to throw it out because it was getting so large – but I said I’d love to take it on.  But it just won’t bloom!  And actually – none of my Christmas cactuses have bloomed since that one has come into our home (hmmmm…).  I’ve been taking them outside in the summer, and not putting them into direct light – but nothing. 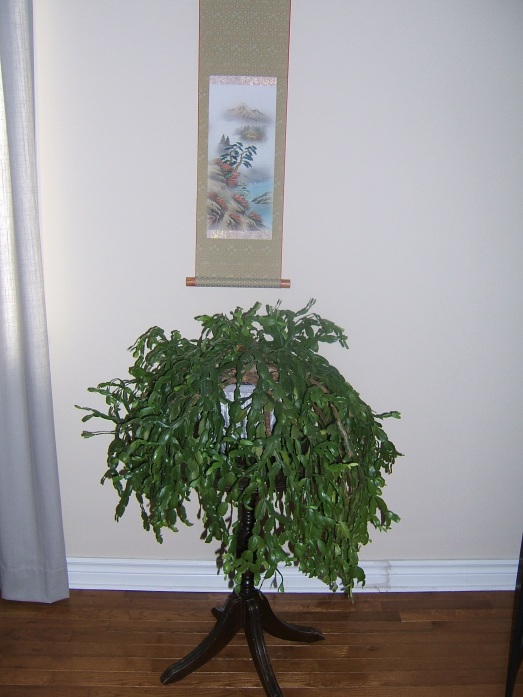